The Mongols of the West (Paperback) 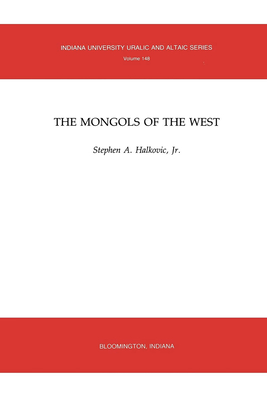 The Mongols of the West (Paperback)

The Mongols of the West presents an English translation and analysis of the historical chronicle Qalimaq qādiyin tūjiyigi qurāji biciqsen tobci orosibai (Herein is Contained the Concise Written Collection of the History of the Kalmyk Khans). Usually referred to as "A Brief History of the Kalmyk Khans," this chronicle was written in Oirat script around the year 1819 and is one of few natively produced historical chronicles of the Kalmyks and their ancestors. The first, second, and fifth chapters of The Mongols of the West function as an introduction to the history and historiography of Western Mongolian groups such as the Kalmyks and Oirats, which provides the reader with the appropriate context for the text itself. The third and fourth chapters present the English translation of the chronicle and the chronicle in its original Oirat script respectively. Overall, this work is a major contribution to the field of Mongolian history and serves as an important source for scholars of Mongol and Inner Asian history and historiography.