The Mystery of Consciousness (Paperback) 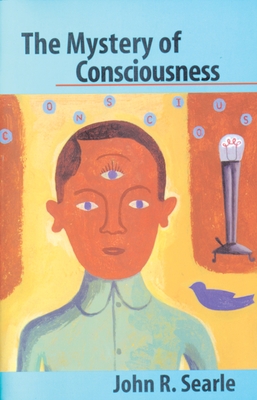 The Mystery of Consciousness (Paperback)


Backordered
It has long been one of the most fundamental problems of philosophy, and it is now, John Searle writes, "the most important problem in the biological sciences": What is consciousness? Is my inner awareness of myself something separate from my body?

In what began as a series of essays in The New York Review of Books, John Searle evaluates the positions on consciousness of such well-known scientists and philosophers as Francis Crick, Gerald Edelman, Roger Penrose, Daniel Dennett, David Chalmers, and Israel Rosenfield. He challenges claims that the mind works like a computer, and that brain functions can be reproduced by computer programs. With a sharp eye for confusion and contradiction, he points out which avenues of current research are most likely to come up with a biological examination of how conscious states are caused by the brain.

Only when we understand how the brain works will we solve the mystery of consciousness, and only then will we begin to understand issues ranging from artificial intelligence to our very nature as human beings.
John R. Searle is the Slusser Professor of Philosophy at  the University of California, Berkeley. His most recent book is ­Making the Social World.  (October 2014)