A Girl with Tangled Hair: The 399 tanka in Midaregami ? Tangled Hair by Akiko Yosano (Paperback) 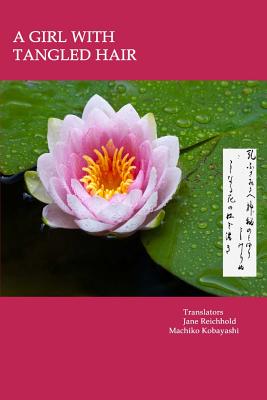 A Girl with Tangled Hair: The 399 tanka in Midaregami ? Tangled Hair by Akiko Yosano (Paperback)


Not On Our Shelves—Ships in 1-5 Days
(This book cannot be returned.)
For the first time all the tanka in Akiko Yosano's 1901 book, Midaregami - Tangled Hair, have been translated into English. Each of the tanka has the original kanji version, a romaji version and the English so readers in both languages can appreciate the depth of Yosano's poetry. One of the reasons these 399 tanka have not been translated before is the difficulty of discovering the ambiguity in the poems. Machiko Kobayashi, a professional translator with a degree in English Literature has teamed up Jane Reichhold, a tanka poet and translator of six books from the Japanese. Introduction to the book is written by Aya Yuhki, editor of The Tanka Journal in Tokyo.