Juliana and the Medicine Fish (Paperback) 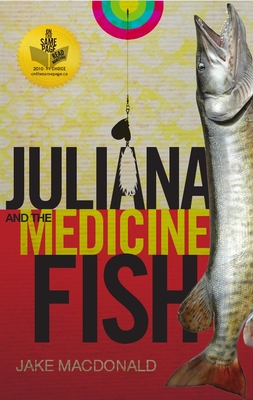 Juliana and the Medicine Fish (Paperback)

WHILE SPENDING THE SUMMER trying to deal with her parent’s divorce, Juliana, with the help of her Ojibway friend, uncovers an ancient secret that helps her reconcile with her father and, at the same time, acquire a new appreciation for the dangerous beauty of Canada’s north country.

Now in its seventh printing, this bestselling young adult novel is becoming a Canadian classic.

Jake MacDonald has written many books on Canada’s north country and lives on a houseboat at Minaki for as much of the year as he can. His books have been recognized with a number of writing awards, including the Writers Trust of Canada Prize and The McNally Robinson Book of the Year award. A new play, The Cottage, is currently in production at the Royal Manitoba Theatre Centre and his novel Juliana and the Medicine Fish has been made into a feature film.

"Like Harry Potter, this book should not be seen as 'just for kids'." — Pamela Wallin

"A beautiful book that every member of the family will enjoy." — Paul Quarrington