German Shepherd: A Guided Tour Through Germany and Austria with a Faithful Companion (Paperback) 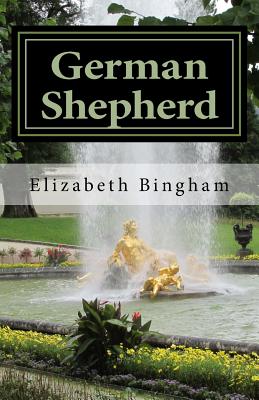 German Shepherd: A Guided Tour Through Germany and Austria with a Faithful Companion (Paperback)


Not On Our Shelves—Ships in 1-5 Days
(This book cannot be returned.)
Libby and Micki are back in Europe, this time touring Germany and Austria. Following the call of beer, pretzels, and "The Sound of Music," they start off in Berlin, fly to Munich, and then brave the Autobahn through Bavaria and Austria. They stay with Libby's beloved German "mother," hearing her vivid first-hand accounts of life as a child refugee after WWII and then as an adult in the police state of East Germany. Their stay--and their story--weave back and forth between East and West, between past and present, in a fascinating historical overview. In Bavaria they delve into the life of King Ludwig II (the "crazy" king who might have been murdered) and battle the hordes at his fairy tale castle. In Austria they explore the glorious landscape celebrated in one of the most famous movies of all time. And through it all, despite wilting heat, incessant rain, their typical travel confusion, and recurring sleep deprivation, they get a rich taste of local life and a heaping helping of Gem tlichkeit.
Elizabeth Bingham has traveled many times to Germany and Austria. She has a Ph.D. in Foreign Language Education/Applied Linguistics from the University of Texas at Austin and has taught German at the university level. Bingham has written language and culture books for travelers to France, Italy, Germany and Austria, including "German Survival Guide." Her first travel memoir was "French Twist".