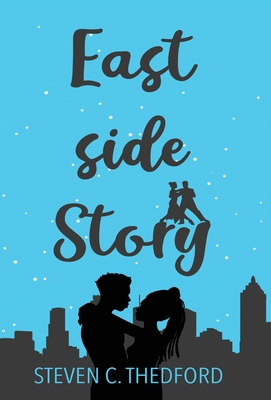 Egypt James is a beautiful African American girl, who has attended private school all her life. In addition, she becomes a debutante and needs her father to dance with her at the cotillion ball-The Father/Daughter Dance. But, her mother kicked him out of the house after she found out that he was part of the LD03, an organization actively engaged in the human trafficking business, and other illegal activities. Egypt wants to befriend William, a member of the LD03, to help locate her father. William Harris is originally from Philadelphia, where the schools were so bad that his father decided to send him to Atlanta to get a better education. Not only that, his father cannot accept the fact that his son is gay. Shipping him off to Atlanta helps him keep up his "street credit" from the LD03 gang members on the streets of "Philly." Yet, William is determined to gain his father's approval. Egypt meets William while "Working the Corner" for the Eastside High School band in front of the school; he donates 20 dollars to the organization. She thinks that he is fine and would be the perfect boyfriend. She thinks that his affiliation with the gang can help her find her father and she decides to pursue a relationship with the young man. Her involvement with William brings her closer to her father. Yet, the stress of the relationship; being dumped at Christmas, learning that William is a homosexual, being accused of having an affair with a teacher, and thinking that she has AIDS causes Egypt to go into labor prematurely and gives birth to a preemie, Baby James. Egypt is a dedicated mother and attentive to Baby James at the prenatal center, but her mother convinces her to take a break to attend the cotillion ball. Her father shows up unexpectedly at the event and dances with Egypt; she feels like a princess during the Father/Daughter Dance. repast Egypt finds the strength to help the police set up a sting that brings down the LD03 and William.