The Testimony of Bendigo Fletcher (Paperback) 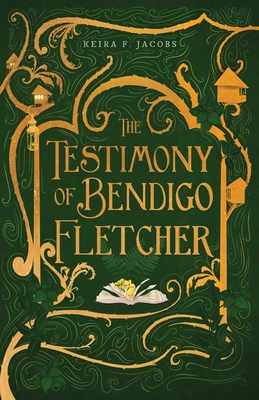 The Testimony of Bendigo Fletcher (Paperback)

Bendigo Fletcher is destined to end up in the family herb business, bound to his treehouse village of Whimselon until death. In the world of Tarsha, death is the true end for all things, an eternal black void. It's been this way since the Twilights, an army of dark spirits, invaded Tarsha and stole the afterlife from the people 400 years ago.

When the sacred Book of Prophecy, hidden in Whimselon for centuries, opens, it reveals that Bendigo must leave his village to find a man named Dagon who has the power to reclaim the afterlife. Desperate for the hope of life after death, Bendigo accepts the quest, taking his best friend, Willy-the girl whom Whimselon detests-with him.

Joining forces with Dagon and an eager port watchman, Bendigo commits to join them in a perilous journey to the Isle of Kalon where the afterlife can be restored. But he discovers a terrifying revelation along the way: The Twilights have begun a resurgence of evil. Not satisfied with owning the afterlife, the Twilights now desire to drain the very essence of goodness from the world, leaving the living with nothing but bare, ashen grounds. Driven by love for humanity and blind faith in Dagon's secret magic, Bendigo must forge a plan to get Dagon to the mystifying city of Kalon before the Twilights complete their scheme. But healing and hurting are not absent from one another, and Bendigo may have to break his own heart to see life return to his land.