The Life of a Black Republican in Trump's America (Paperback) 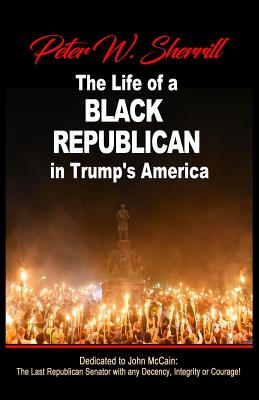 The Life of a Black Republican in Trump's America (Paperback)

The Life of a Black Republican in Trump's America is a story, ironically, not really about Trump, but about the one man totally responsible for, not only Trump becoming President, but basically responsible for every member in the Republican Party beiing elected, even to the Supreme Court He has used fascism, racism, anti-semitism to promote his agenda and is controlling every facet of our Democracy, from the Executive Branch, Legislative Branch and even the Judicial Branch of our government. This one individual, who the author refers to as the "Puppet Master," and how this one individual is manipulating our entire economy through his billion dollar hedge fund and responsible, even for orchestrating Brexit, has not been mentioned once in the Mueller investigation, or has been called to any Senate Hearings on the "Hill " Not to mention, the company he owns is at the heart of the collusion or confusion that took place in the 2016 election. A Ph.D in Computer Science, proves he has the capabilities to run extensive computer algorithms to impact Wall Street and through his data mining company, impact the election in 2016. This book is the first book to expose who this individual is and exactly how and why he has chosen this dark path against America's Democracy Everything he stands for is against everything the Founding Fathers of this country fought and even died for, especially in WWII However, through his superior intellectual capacity, he has been able to stay beneath the radar or more like a "Stealth Aircraft." It is all here in black and white, for all hard working Americans to see how the elite continue to maintain power and wealth, by keeping us divided Question now becomes, are we ready to take back our country from the one percent with all the power and wealth to make the United States of America, the greatest nation that God has ever created?