The Bill Gates Story: The Computer Genius Who Changed the World (Paperback) 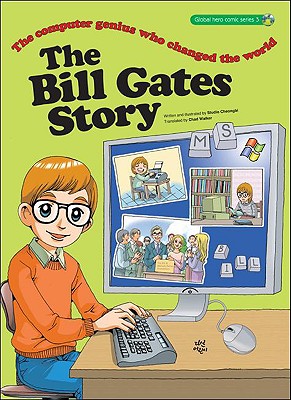 The Bill Gates Story: The Computer Genius Who Changed the World (Paperback)


Special Order—Subject to Availability
b]Learn the Secrets to Bill Gates' Success and Follow in His Footsteps Toward Your Own Dream /b]Bill Gates, one of the wealthiest and most successful people alive, bet his future on just one single dream: to become the king of computers.Follow along as young Bill Gates transforms from the class clown to the founder of one of the most successful companies of all time. An extraordinary philanthropist, learn how Bill Gates not only helped the world through technology, but also, more importantly, through caring and generosity. A manga for children, ages 8-12.