Why We are Free: Consciousness, free will and creativity in a unified scientific worldview (Paperback) 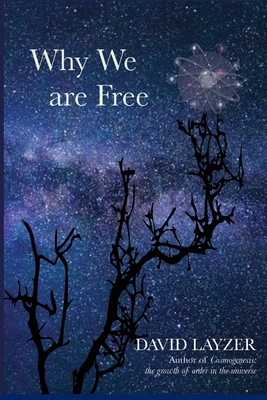 Why We are Free: Consciousness, free will and creativity in a unified scientific worldview (Paperback)

In his book Cosmogenesis, David Layzer showed that the universe had not begun, as many physical scientists believe, with a large amount of information and order that is slowly being destroyed by the increasing entropy and disorder demanded by the second law of thermodynamics. Instead of approaching a "heat death," the universe began in a state of maximum disorder, with a primordial randomness that is a new source of objective indeterminacy. The growth of order in the universe is seen in the creation of atoms and molecules as well as the creation and evolution of the planets, stars, and galaxies. In this, his last book, Why We are Free, Layzer sees the origin and evolution of the living world as the result of Ernst Mayr's two-step creative process, with randomness in the first step and natural selection determining the outcome. Layzer's libertarian free will also comes in two stages, as described by William James, the first is the chance generation of alternative possibilities, the second is the deliberative decision and choice that selects one possibility, making it actual, an act of self-determination. Layzer's unified scientific worldview shows how cosmic evolution fits comfortably with biological evolution and with the traditional view of free will, which holds that we are the authors of actions that help shape the future. Why We are Free also fits nicely with Albert Einstein's view that our physical theories are "free creations of the human mind."