To the Brink (the Expedition Trilogy, Book 3) (Paperback) 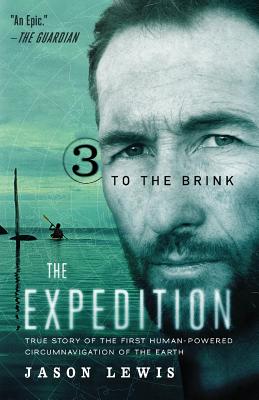 To the Brink (the Expedition Trilogy, Book 3) (Paperback)


Not On Our Shelves—Ships in 1-5 Days
(This book cannot be returned.)
We re-join The Expedition for its third and final instalment with Jason, now seasoned explorer, and April, American schoolteacher at sea for the first time, battling to keep their pedal-powered boat Moksha from being dashed against Australia's Great Barrier Reef. Crossing the infamous Coral Sea, they've endured gale force winds, rogue waves, and powerful currents pushing them off course for days at a time. On her thirtieth consecutive day of seasickness and now haemorrhaging blood, April is in urgent need of medical treatment. But in the uncharted waters north of Cape Flattery, far from coastguard assistance, there is little if any hope of rescue. Even if they survive, Jason faces untold hazards to complete the first circumnavigation of the planet using only human power: waterless deserts, towering mountain ranges, seaborne pirates, and extremist hotspots. And there is still the overarching question he posed at the beginning, the one driving him forward that will take him to the brink for an answer.