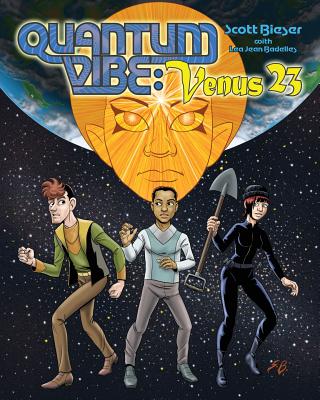 This is book number 4 in the Quantum Vibe series.

One thousand years in the future, a teen-aged boy, "Bok" to his friends, copes with life in a failing, planned-utopia colony world. His mother long-dead and his father imprisoned for subversion, he keeps his sanity playing class-clown by day and skulking around the city by night, trading black-market goods. When Bok and his friends stumble across the enigmatic "Alyss Roaz," they learn the true origins of their world and of a much larger inter-galactic civilization which had been closed to them. And they must decide whether to try and save their world, or build new lives elsewhere.