Tragedy and Hope 101: The Illusion of Justice, Freedom, and Democracy (Paperback) 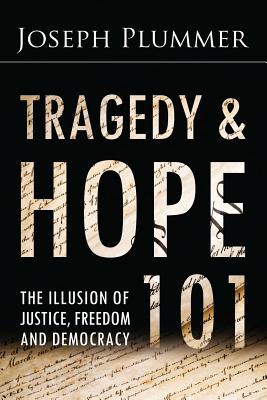 Tragedy and Hope 101: The Illusion of Justice, Freedom, and Democracy (Paperback)

The information contained in this book contradicts nearly everything you've been led to believe about democracy and "representative government."

Based on the groundbreaking research of respected historian Carroll Quigley, Tragedy and Hope 101 reveals an unimaginably devious political system, skillfully manipulated by a handful of elite, which is undermining freedom and democracy as we know it. The goal of those who control the system, in Quigley's own words, is to dominate "all habitable portions of the world." Using deception, theft, and violence, they have achieved more toward this goal than any rulers in human history.

However, the Information Age is quickly derailing their plans. The immorality of their system, and those who serve it, has become nearly impossible to hide. Awareness and resistance are growing...Tragedy is yielding to hope.

In 2003, Joseph Plummer sold his successful Internet-based business and, using the proceeds, embarked on a ten-year, not-for-profit path. His goal: expose the appalling deception and crimes of the world's ruling elite. Now, ten years later, Tragedy and Hope 101 represents the culmination of his efforts. Based on the groundbreaking research of Carroll Quigley, Tragedy and Hope 101 condenses Quigley's startling revelations into just a couple hundred pages. If you've ever suspected that "democratic governments" and "free markets" can be secretly manipulated and controlled, this book is for you. It will not only confirm your suspicions, it will show you how it's done. However, if you've accepted the schoolhouse version of Western democracy, the meticulously footnoted facts presented in this book are sure to turn your worldview upside down. (Read at your own risk.)