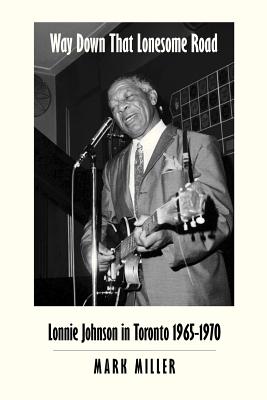 
Not On Our Shelves—Ships in 1-5 Days
(This book cannot be returned.)
Toronto was Lonnie Johnson's last stop in a career of stops, at least the eighth city in which he lived for any length of time. The influential African-American singer and guitarist, a formative figure in the history of blues and jazz dating back to the 1920s, travelled north for a brief appearance at the New Gate of Cleve in May 1965 and returned for a longer engagement at the Penny Farthing in June. Over the next five years - the last five years of his life - he rarely left the city again. Way Down That Lonesome Road: Lonnie Johnson in Toronto, 1965-1970, the tenth book from noted Canadian jazz historian Mark Miller, reclaims Johnson from the realm of legend and brings him back to life. In part a biographical study and in part a social history, Way Down That Lonesome Road follows Johnson from the generous welcome that he received from Toronto's critics on his arrival and the successes and failures that followed.