Out of Slavery: A Novel of Harriet Tubman (Hardcover) 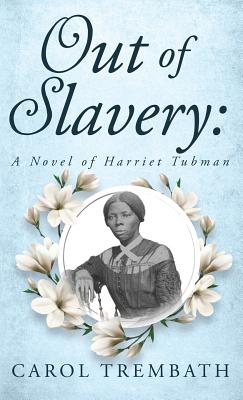 Out of Slavery: A Novel of Harriet Tubman (Hardcover)

Out of Slavery: A Novel of Harriet Tubman is a story that follows the perilous path of the Underground Railroad and the tragic costs of the Civil War. This compelling tale is seen through the eyes of Cece, Tilly, and Lou, as Harriet conducts them north to safety along the Underground Railroad. The journey continues when they, along with Harriet, enlist in the Union Army. The War of the Rebellion propels Harriet and her companions to act together along with Frederick Douglass, Colonel Robert Shaw, and Sergeant William Carney to preserve a divided nation and free a people caught in the web of slavery. It is a story of romance and realism, and the triumphs and tragedies of war.

As Cece says of Harriet, "Along our escape route, I saw wanted posters of Harriet. Who Harriet really was never fit the description that I saw on those ragged pieces of paper. They all missed telling about her great heart. She would never free a whole nation of slaves like Moses, but I knew she had the desire and will to do so." Through Harriet we can feel our true history and in her strong voice we hear the echoes of freedom.