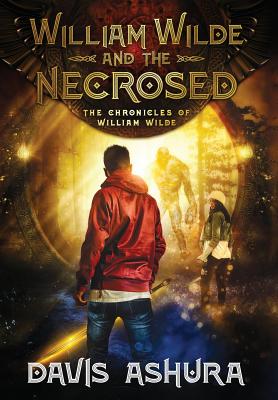 This is book number 1 in the Chronicles of William Wilde series.

A riveting tale of magic, mystery, and adventure, The Chronicles of William Wilde will thrill readers who loved The Reckoners Trilogy and The Maze Runner.

On a cold winter's night, just shy of his seventeenth birthday, William Wilde became an orphan. It was a simple car accident that claimed the lives of his family.

Eight months later, at the start of his senior year of high school, a beautiful, mysterious girl enters William's life. Captivating and confident, she holds secrets about William's heritage, secrets of which he himself is unaware: rare magic flows in William's veins.

And watching William from afar is Kohl Obsidian, a monstrous, undead horror. He won't rest until the tragedy he started eight months ago culminates with William's death.

William's life hangs in the balance, and he must discover a means to vanquish a creature that has never been defeated.

Discover a mystical world where heroes are forged from the unlikeliest of metals.