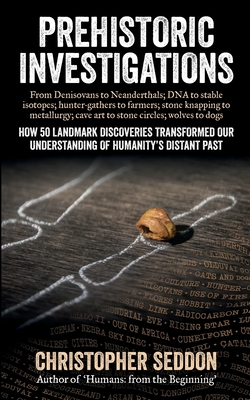 How do you infer the existence of a hitherto-unknown human species from a fragmentary finger bone? Why do we walk on two legs? Were Neanderthals really dimwitted? How did a small, solitary predator become the world's most popular pet? What was the ancient link between languages spoken in places as far apart as Iceland and India?

These are just some of the questions faced by those seeking to unravel the secrets of the vast period of time that predates the last six thousand years of 'recorded history'. In addition to fieldwork and traditional methods, paleoanthropologists and archaeologists now draw upon genetics and other cutting-edge scientific techniques.

In fifty chapters, Prehistoric Investigations tells the story of the many thought-provoking discoveries that have transformed our understanding of the distant past.