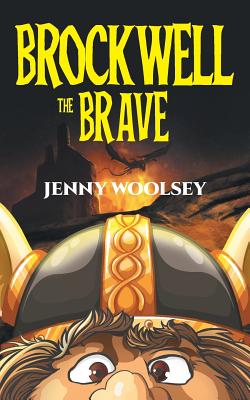 Twelve-year-old Viking, Brockwell Ness, lives on a dragon farm in the Scandanavian village of Enga. His family's dragons are used around the village to haul logs, cart produce and rescue villagers. Brockwell would prefer to be at the healing hut helping the healers, rather than at home with the scary juvenile and adult dragons. His job is to feed and care for the young dragons.

Mr Ness thinks it's time for his son to tend the adults but Brockwell doesn't want to. Brockwell's gentleness and the time spent at the healing hut angers Mr Ness. Brockwell is often late home for his chores which doesn't help the situation. In the village Brockwell often faces another fear - Colden, the village bully, who picks on him for being different.

When Mr Ness doesn't return from a mission to capture an injured dragon, Brockwell has to make a decision - will he go and rescue his father?

Follow Brockwell's journey and what his mystical dragon's tooth is for.

This is a heart warming story about friendships, facing fears, and being different.

Brockwell the Brave raises awareness of gender stereotypes. It focuses on facing fears and bullies. The story is a fantasy with dragons, but is set in the Viking era in Scandinavia. The story shows the life of Vikings and contains the Icelandic language which is the closest modern language to Viking times. . .