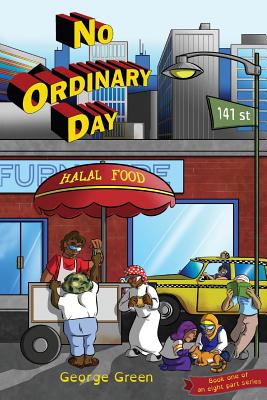 Eight year old Ibrahim and friends win a Quran competition, where the prize sees them scoring tickets to watch an exciting football game after their class is paid a visit by Hakeem Mohammed, a star football player from the California Spartans.

Hakeem Mohammed and the California Spartans are in New York City for one of the most anticipated football games of the season. Ibrahim and friends unite with Hakeem in the locker room to meet the team before the big game. Though their meetings with Hakeem were brief, he instilled a life long impression before going on to star in one of the most memorable games in football.

This story unfolds in No Ordinary Day, the first book from 'Childhood Champions', a new series of stories about a group of Muslim children in New York City and their daily adventures.