In the Footsteps of Martin Luther (Paperback) 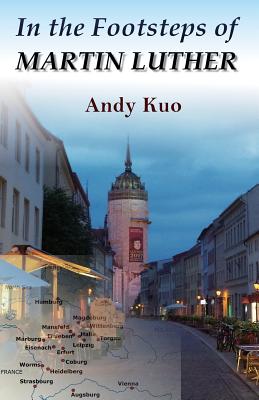 In the Footsteps of Martin Luther (Paperback)

Martin Luther, the renowned sixteenth-century reformer, was a man who fully devoted his life to God. His deep faith led him to nail his Ninety-Five Theses to a church door on October 31, 1517, protesting the corruption within the Roman Catholic Church. His trust in God's providence allowed him to stand firm in front of Holy Roman Emperor Charles V at the Diet of Worms in 1522, where he bravely refused to recant his views. His conviction that all German people should be allowed to read the living Word of God led him and other scholars to translate the Bible into German. It was Luther's determination that helped solidify the Reformation in Germany.

On this journey through the life and faith of Martin Luther, you will follow in his footsteps from his childhood in Mansfeld and adolescence in Eisenach; through his time in Erfurt, where he studied to become a monk; and finally, to his residence in Wittenberg, where he had a successful career as a professor. You will discover the disputations with which he was involved in Augsburg and Leipzig, what he accomplished at the Imperial Diet at Worms in 1522, why he was forced to hide in Wartburg Castle, and much more. Maps, photos, and historical backgrounds of each town will introduce you to the castles, the churches, and many other historical sites that were of special importance to Martin Luther throughout his lifetime.