Perky Emigrates: The Adventures of Perky the Tortoise (Paperback) 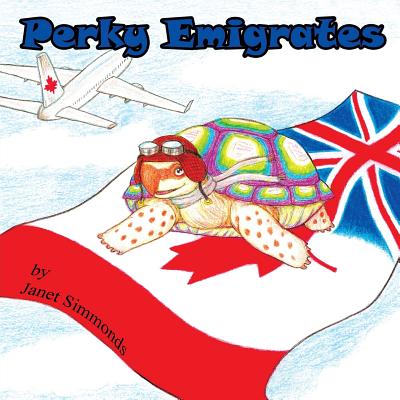 Perky Emigrates: The Adventures of Perky the Tortoise (Paperback)

Perky is a Hermann tortoise living in England with his family and their crazy, noisy dog. He has a great life wandering around his garden, eating dandelions when one day his world is shaken by the appearance of large brown boxes sitting inside the house. Perky started to panick getting concerned whether the family would take him or not. Fortunately his spider friend, Sean, is very clever and puts Perkys mind at rest, telling him he is definitely going as there is a box with his name and picture on. Perky is excited but nervous about this new place.

The next day, Perky wakes up in the box, excited, until he realizes that the box with him inside has been left behind in the house. Perky can't believe what has happened However, Sean is a wizard on the web and hatches a plan for Perky to get to London Heathrow and get himself on the plane with his family.

Perky sets off on his adventure to reach Heathrow wondering if he will ever make it back to his family.