Glory Lost and Found: How Delta Climbed from Despair to Dominance in the Post-9/11 Era (Paperback) 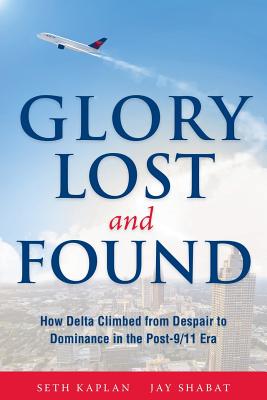 Glory Lost and Found: How Delta Climbed from Despair to Dominance in the Post-9/11 Era (Paperback)

"When the history book is written on the restructuring of this industry, Delta will be the greatest turnaround story in it."
--Delta CEO Gerald Grinstein, December 19, 2006

Its reputation was now as tattered as the interiors of its airplanes. Delta Air Lines, on September 14, 2005, was nothing like the world-beating company it had been just five years earlier, let alone decades before that. On this day, Delta found itself surrounded by lawyers, dejectedly filing for bankruptcy. Few believed it could ever reclaim its perch atop the US airline industry.

But it did. Glory Lost and Found: How Delta Climbed from Despair to Dominance in the Post-9/11 Era tells the story of Delta's dramatic tumble into bankruptcy and how it climbed its way back to pre-eminence despite hurricane-force headwinds: high fuel prices, a hostile takeover bid, relentless competition, economic meltdowns and geopolitical shocks.

This independent work of journalism, not approved or endorsed by the airline, stems from a decade of research and countless interviews by Airline Weekly's Seth Kaplan and Jay Shabat. It's a profile in leadership: Delta became not only the greatest turnaround story in its own industry but also one of the greatest in the history of corporate America. Delta did the unimaginable by simultaneously resurrecting its finances and the spirits of its employees and customers. And while redefining itself, Delta also redefined an industry.