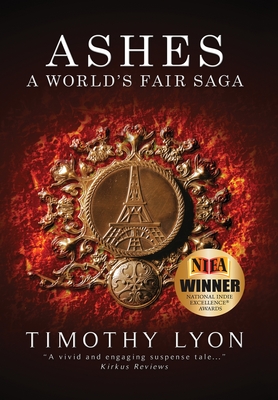 Well's Peake, 1810. Aleksandar Scott, a promising young inventor, hopes to build his future at the first-ever World's Fair - until his invention falls into the hands of a mysterious masked man. After the disturbing murders of fellow innovators come to light, he fears for his life as the city turns dangerous and more suspicious of him.

Aleksandar must discover a way to stop his creation before a madman unleashes a night of ashes and death upon the town of Well's Peake.

Clouded by anger, doubt, and revenge, will the young inventor learn that his only chance of redemption is to uncover the dark secrets that linger within this London-inspired thriller?

In this addictive tale of mystery and suspense, Ashes, A World's Fair Saga, is the beginning of a historical serial killer series that follows Aleksandar's journey of dreams and terror.