The Walk: Memoir of a Liberian Civil War Survivor (Paperback) 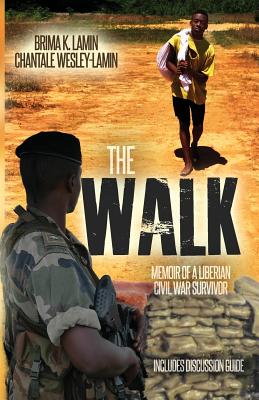 The Walk: Memoir of a Liberian Civil War Survivor (Paperback)


Not On Our Shelves—Ships in 1-5 Days
(This book cannot be returned.)
*INCLUDES BONUS DISCUSSION GUIDE **PORTION OF PROCEEDS BENEFIT CHARITY. What is it like to be on the other side of the gun, running for your life and losing everything? What if you are only eleven years old? The Walk is a real life account of an adolescent boy, Brima Lamin, whose desperation for survival took him across several foreign countries ultimately seeking refuge in the United States. In this gripping memoir, the author tells how the entire course of his life was changed on one horrendous day, July 2, 1990 when rebel soldiers armed with AK-47s stormed his neighborhood. Over the course of four years to follow, he witnessed brutal atrocities barely escaping death during what many call one of the most horrific wars of all time, the Liberian Civil War. In the midst of losing it all, he came of age, found God and was able to come to a country that he had always dreamed about. The Walk challenges the reader to wonder how they will "walk" in the midst of the storm.
Brima Kemokai (BK) Lamin was born May 6, 1979 in Margibi County, Liberia (West Africa). After a brutal civil war, he and some of his family members came to the United States as refugees in September 1994. He spent several years living in Erie, PA before moving to McLeansville, NC where he currently resides with his wife and their four children. Brima credits his war and later newcomer experience, as being a necessary part of his walk, shaping him into the man that he is today. Chantale Wesley-Lamin was born December 18, 1976. She was raised in the towns of Cecilton and Elkton, MD. After overcoming some battles of her own, Chantale's walk led her to visit North Carolina in 2007. There she met and fell in love with Brima Lamin. The two married three months later! She gives praise to God, who is able to do ALL things, and is honored to support her husband in sharing his testimony.