Phoebe's Fantasy: The Story of a Mafia Insider Who Helped Rescue Jazz (Paperback) 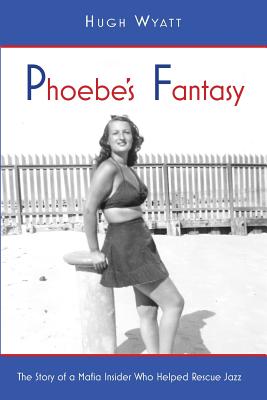 Phoebe's Fantasy: The Story of a Mafia Insider Who Helped Rescue Jazz (Paperback)

Was she a member of the Jewish Mafia or was she just another groupie idolizing musical stars? Was she having fantasies of the glamour and glitz of the jazz scene or was she living the harsh realities of it? Phoebe's Fantasy attempts to answer these probing questions.

Phoebe's Fantasy depicts the deep ties among Jews, blacks, and jazz in the 20th and 21st centuries through the lens of the life and struggles of Phoebe Jacobs. The daughter of a Jewish mafioso, she used her connections to organized crime to further the careers of jazz innovators.

Jazz, America's only true art form, has survived in great part because of support from foreign countries, including Japan, France, Israel, Germany, and Australia.

Today, jazz is at a crossroads. More than a half century ago, Phoebe and the aforementioned countries began a mission to rescue jazz. Will the death of Phoebe Jacobs signal the end of this great music?