Soldiering After the Vietnam War: Changed Soldiers in a Changed Country (Paperback) 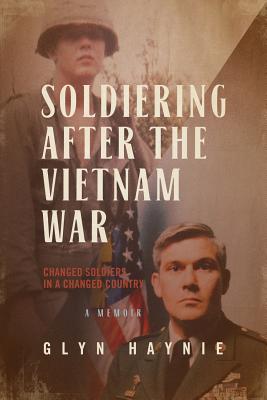 Soldiering After the Vietnam War: Changed Soldiers in a Changed Country (Paperback)

For American soldiers returning home from the Vietnam War, there were no "Welcome Home" signs, no flowers, and no ticker-tape parades. For these soldiers there were protesters They were spit on, there was name calling, there was disrespect, and yes, even hatred. The Vietnam War was an unpopular war, but these young men did not ask to go to war. They only did what their government sent them to do.

With unflinching honesty, author Glyn Haynie's new memoir, Soldiering After the Vietnam War: Changed Soldiers in a Changed Country, describes the difficulty he and many soldiers faced in adjusting to civilian life on their return from Vietnam. This moving story chronicles the impact this war had on these young combat veterans. It exposes how the shameful treatment these soldiers received on their return from Vietnam impacted them. It is also a story of brotherhood and the strong, lasting bonds that can only be forged in combat, bonds that were so often very important in the healing process many Vietnam veterans had to work through.

It is also a celebration of the courage, dedication, and perseverance so many American veterans possess. Haynie shares with his readers his struggles and his successes, completing a stellar 20-year career in the U.S. Army culminating as an instructor at the U.S. Army Sergeants Major Academy. His story is one that clearly demonstrates just how wrong those protestors were ... and just how much our country does owe these men and women who served their country with bravery and honor ... our gratitude and respect.

Glyn Haynie's story will touch you in many ways ... stirring feelings of embarrassment, anger, understanding, gratitude, and pride. It is a story all Americans should read.