The Rabbi and the Painter (Hardcover) 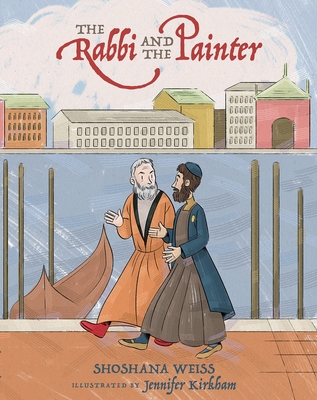 The Rabbi and the Painter (Hardcover)


Not On Our Shelves—Ships in 1-5 Days
Based on stories handed down from the past, The Rabbi and the Painter tells of the unique relationship between the 16th Century Rabbi Judah Areyeh di Modena and the Venetian painter Tintoretto. Modena's interests extended far beyond the typical confines of the ghetto's synagogue life to the secular world around him, while Tintoretto breaks all the artistic rules of the Renaissance with his mannerist painting style. In The Rabbi and the Painter we are transported to a place where cultures mixed to create a breathtaking masterpiece. Jennifer Kirkham's colorful illustrations bring Renaissance Venice to life. At the same time, the expressive texture evokes those brush strokes of Tintoretto's own masterpieces.
When author, Shoshana Weiss, heard the rumor of the relationship between these two fascinating men from a docent at the Museo Ebraico di Venezia in the Jewish ghetto in Venice, she was hooked. Although never able to definitively substantiate the story, the potential captured her imagination. We know it will capture your imagination is well. Shoshana is the author of Loosey Goosey, The Secret Life of Mother Goose. She lives in Pennsylvania with her husband.