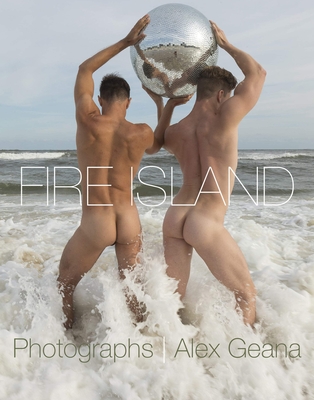 
Special Order—Subject to Availability
On Fire Island, the sultry summer air infuses the atmosphere with passion and unrepressed desire, at once igniting comradery and carnality as bodies collide and meld together from The Pines to the Meat Rack. From leisurely beach outings to the unabashed hedonism of The Pines Party, photographer Alex Geana has captured the essence of Fire Island and its community in his seminal photographic series. For over four years, he has merged work and play in a bid to authentically document this historic enclave of queer culture.
Alex Geana initially pursued a career in hospitality management before shifting his focus to creative endeavors. Starting out as a fashion photojournalist, Geana documented over 500 fashion shows while also applying his talents to food photography, advertorials, and marketing campaigns. Geana's versatile portfolio boasts diverse clients, such as HBO, Food & Wine Network, Donna Karan, and Nylon Magazine. In 2015, he exhibited his first solo fine art show, Intended Consequences, at the Leslie-Lohman Project Space in SoHo. Furthermore, Geana's photography has been published in the book, Daphne Guinness, by the Yale University Press, and exhibited by the Leslie-Lohman Museum, the Museum at FIT, Chair and the Maiden Gallery, and the School of Visual Arts. Raised in Southern California, he is currently based in downtown New York City, where he lives and works.