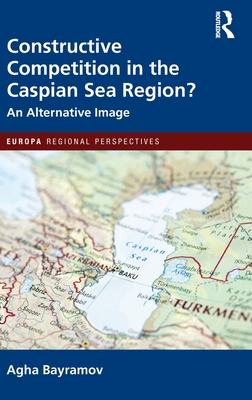 The Caspian Sea region has hitherto largely been investigated from a New Great Game' perspective that depicts the region as a geopolitical battle­ground between regional and external great powers, where tensions have been exacerbated by the sea's rich natural resources, strategic location, and legal disagreements over its status. This book, by contrast, portrays a new image of the region, which still ac­knowledges the difficulties and problematic starting situation of power poli­tics there. It, however, seeks to show that there are ways forward by identifying mechanisms and means to transform the New Great Game' into processes of functional co-operation. Drawing on theoretical insights from a functionalist framework, this book examines three intertwined case studies, namely the Baku-Tbilisi-Ceyhan pipeline (BTC), the Southern Gas Corridor (SGC), and the Caspian Environmental Program (CEP). It shows that lessons learned from environmental co-operation have influenced the discussion over the un­certain legal status of the sea, which culminated in the signing in 2018 of the Convention on the legal status of the Caspian Sea. This book analyzes the three phases of the BTC and the SGC projects: the planning of the pipeline, its construction, and its use, none of which have been adequately addressed yet. This book illustrates the increasing role of actors beyond and besides the states in the Caspian Sea region, such as transnational corporations, non-governmental organizations, and intergovernment organizations.