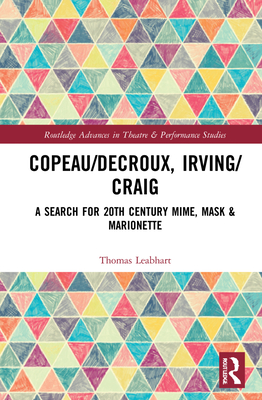 In this series of essays, Thomas Leabhart presents a thorough overview and analysis of Etienne Decroux's artistic genealogy.

After four years' apprenticeship with Decroux, Thomas Leabhart began to research and discover how forebears and contemporaries might have influenced Decroux's project. Decades of digging revealed striking correspondences that often led to adjacent fields-art history, philosophy, and anthropology-forays wherein Leabhart's appreciation of Decroux and his "kinsfolk," who themselves transgressed traditional frontiers, increased. The following essays, composed over a 30-year period, find a common source in a darkened Prague cinema where people gasped at a wooden doll's sudden reversal of fortune. These essays: investigate the source of that astonishment; continue Leabhart's examination of Decroux's "family tree"; consider how Copeau's and Decroux's keen observation of animal movement influenced their actor training; record the challenging and paradoxical improvisations chez Decroux; and recall Decroux's debt to sculpture, poster art, sport and masks.

These essays will be of great interest to students, scholars and practitioners in theatre and performance studies.