The Politics of Environment: A Guide to Scottish Thought and Action (Hardcover) 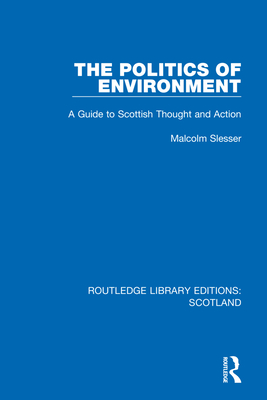 The Politics of Environment: A Guide to Scottish Thought and Action (Hardcover)

Originally published in 1972 and ahead of its time in many respects this book was the first to take a constructive approach to the problems facing the human race in the 20th Century. It remains enduringly relevant today and discusses over-population, under-employment, atmospheric pollution, exhaustion of global resources and geo-politics. It shows how all these issues are inter-connected and therefore how conventional attempts to solve some of them merely exacerbate others. It asserts that the solution rests in the evolution of a realistic form of politics which puts the community first.

Malcolm Slesser was a Scottish energy analyst and academic.