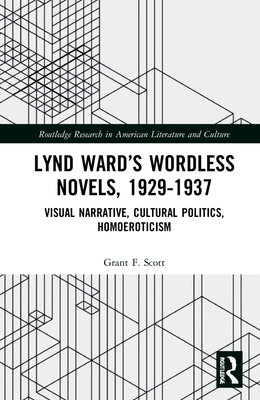 This book offers the first multidisciplinary analysis of the "wordless novels" of American woodcut artist and illustrator Lynd Ward (1905-1985), who has been enormously influential in the development of the contemporary graphic novel. The study examines his six pictorial novels, each part of an evolving experiment in a new form of visual narrative that offers a keen intervention in the cultural and sexual politics of the 1930s. The novels form a discrete group - much like Beethoven's piano sonatas or Keats's great odes - in which Ward evolves a unique modernist style (cinematic, expressionist, futurist, realist, documentary) and grapples with significant cultural and political ideas in a moment when the American experiment and capitalism itself hung in the balance. In testing the limits of a new narrative form, Ward's novels require a versatile critical framework as sensitive to German Expressionism and Weimar cinema as to labor politics and the new energies of proletarian homosexuality.

Grant F. Scott is a Professor of English at Muhlenberg College in Allentown, Pennsylvania, and author of The Sculpted Word: Keats, Ekphrasis, and the Visual Arts (1994). He has also edited Selected Letters of John Keats (2002), Joseph Severn: Letters and Memoirs (2005) and The Illustrated Letters of Richard Doyle to His Father, 1842-1843 (2016), and co-edited, with Sue Brown, New Letters from Charles Brown to Joseph Severn (2010).