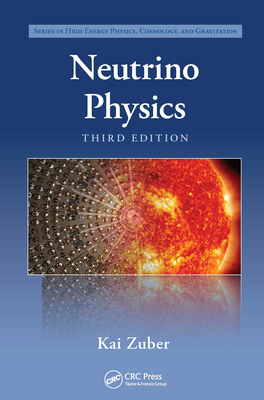 When Kai Zuber's pioneering text on neutrinos was published in 2003, the author correctly predicted that the field would see tremendous growth in the immediate future. In that book, Professor Zuber provided a comprehensive self-contained examination of neutrinos, covering their research history and theory, as well as their application to particle physics, astrophysics, nuclear physics, and the broad reach of cosmology; but now to be truly comprehensive and accurate, the field's seminal reference needs to be revised and expanded to include the latest research, conclusions, and implications.

Revised as needed to be equal to the research of today, Neutrino Physics, Third Edition delves into neutrino cross-sections, mass measurements, double beta decay, solar neutrinos, neutrinos from supernovae, and high-energy neutrinos, as well as entirely new experimental results in the context of theoretical models.

Written to be accessible to graduate students and readers from diverse backgrounds, this edition, like the first, provides both an introduction to the field as well as the information needed by those looking to make their own contributions to it. And like the second edition, it whets the researcher's appetite, going beyond certainty to pose those questions that still need answers.

Kai Zuber is the Head of Department for Nuclear Physics at TU Dresden and the creator and leader of the COBRA-Project. He obtained his Ph.D from the University of Heidelberg, where he worked within the Heidelberg-Moscow double beta decay experiment.Prof. Zuber is currently a collaborator on a number of high profile experiments, including the SNO+experiment; the GERDA double beta decay experiment; the Borexino experiment at the Gran Sasso Laboratory; the COMET-experiment at J-PARC; and the ISOLTRAP experiment at CERN. In 2016, Prof. Zuber was part of a team of collaborators awarded the prestigious Breakthrough Prize for Fundamental Physics for his work on the fundamental discovery and exploration of neutrino oscillations, revealing a new frontier beyond, and possibly far beyond, the standard model of particle physics.