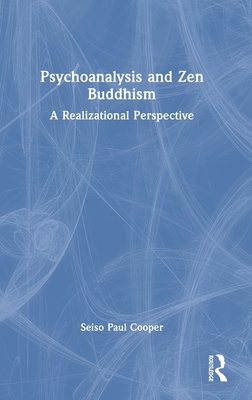 In this book, Cooper brings together psychoanalysis and Zen Buddhism by offering a comprehensive and integrated model, described as "The Realizational Model", that is consistent with the core concepts of Soto Zen Buddhism and psychoanalytic practice.

Focusing primarily on Soto Zen Buddhism as presented in the original writings of the Japanese scholar monk Eihei Dōgen (1200-1253), and supported and elaborated by relevant contemporary scholarship in relation to the writings of the British psychoanalyst, Wilfred Bion (1897-1979), this book addresses the issue of how can one understand, assimilate, and integrate conceptions of the human mind that originate in the 13th and 20th Centuries, as they are visited and inflected by the unconscious preconceptions of a 21st-Century perspective. Expressing authentic Buddhist tradition within the frame of psychoanalytic thinking, and supported by online guided audio meditations that accompany the text, this work offers a uniquely interdisciplinary perspective of invaluable clinical significance.

Case material garnered from thirty-five years of psychoanalytic practice, as well as examples from daily life support the abstract concepts discussed in the text, rendering it equally relevant for psychoanalysts and psychotherapists, as well as students of Zen wishing to explore its practical applications.