Reasoning about God: An Introduction to Thinking Logically about Religion (Paperback) 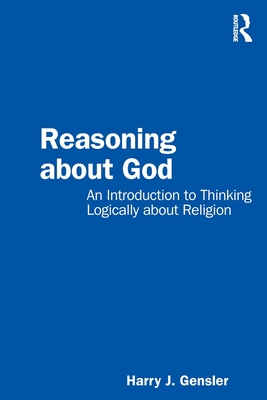 Reasoning about God: An Introduction to Thinking Logically about Religion (Paperback)

Reasoning about God is an introduction to philosophy of religion, meeting college students where they are with their own doubts and questions. Each chapter begins with a passage from a fictional student, who raises intellectual problems against God, which is followed by the author's informed and easy-to-understand analysis. This debate structure allows student readers to clearly see the clash of ideas, gets them involved in the issues, and encourages their critical thinking (since students are pushed to find flaws in the ideas). It emulates the structure the author followed successfully in his Ethics: A Contemporary Introduction, which is now in its third edition and has been translated five times into other languages. This structure works well in philosophy of religion, even better than in does in ethics.

Key Features of Reasoning about God:

Written clearly and concisely, making difficult issues easy to understand. Makes a strong case for belief in God, based on various factors - including arguments about fine-tuning, Kalam, and near-death experiences - as well as approaches that are more instinctual or emotional. A major theme of the book is "There are many paths to God." Includes material on both traditional topics of philosophy of religion (like the problem of evil) and other related topics of interest (like whether religion is harmful, life after death, the variety of world religions, and the meaning of life). Explores how science connects to God's existence, arguing that recent science is friendlier toward religion than older science. Written by a Christian author, whose defense of belief in God works with other theistic traditions as well (like Islam and Judaism).
Harry J. Gensler, S.J., is retired from Loyola University Chicago. This is his 17th philosophy book; many have been translated into other languages. His main areas are logic, ethics, and religion. Some of his other books include Anthology of Catholic Philosophy (2005); Ethics and the Golden Rule (2013); Ethics and Religion (2016); Introduction to Logic, 3rd ed. (2017); and Ethics: A Contemporary Introduction, 3rd ed. (2018).