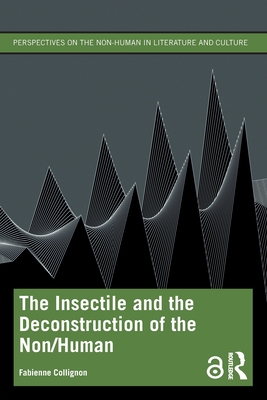 The Insectile and the Deconstruction of the Non/Human defines, conceptualizes, and evaluates the insectile-pertaining to an entomological fascination-in relation to subject formation. The book is driven by a central dynamic between form and formlessness, further staging an investigation of the phenomenon of fascination using Lacanian psychoanalysis, suggesting that the psychodrama of subject formation plays itself out entomologically. The book's engagement with the insectile-its enactments, cultural dreamwork, fantasy transformations-'in-forming' the so-called human subject undertakes a broader deconstruction of said subject and demonstrates the foundational but occluded role of the insectile in subject formation. It tracks the insectile across the archives of psychoanalysis, seventeenth century still life painting, novels from the nineteenth century to the present day, and post-1970s film. The Insectile and the Deconstruction of the Non/Human will be of interest for scholars, graduate students, and upper-level undergraduates in film studies, visual culture, popular culture, cultural and literary studies, comparative literature, and critical theory, offering the insectile as new category for theoretical thought.