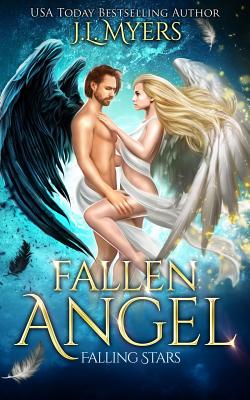 This is book number 5 in the Fallen Angel series.

Lucifer has lost everything: his power, his lover, and his newborn child.After making a deal with the devil, Lucifer finds himself back on Earth. Alone and desperate, he must achieve the impossible to free Gabriel from the pits of Hell. But retrieving all of Hell's escaped souls will take years, leaving the love of Lucifer's immortal life in the torturous hands of his worst enemy, which for once isn't his arch nemesis, the archangel Michael. Though Michael has his own agenda and plans to combat the threat Lucifer will pose while on Earth, the secret he keeps is more dangerous. It will one day force him to kill a being so pure and innocent it could ruin him if he succeeds-and destroy Heaven if he fails. So many obstacles stand in Lucifer's way, but to pull off the impossible, old enemies must unite...and they will need to turn on their maker to save what they both love.This time, there is more than love to fight for and lose. If Hell reigns, Heaven will fall to ruin and darkness will descend upon them all.New Adult/Paranormal Romance/Angel/DemonWarning - This book contains some language and sexual situations.Fallen Angel Series Order1. Ashes of Eden2. Dawn of Reckoning (New and Lengthened version Now Available Nov 2018)3. Breaking Lucifer (Jan 2019 New Release)4. Cold-Blooded Fate (March 2019 New Release)5. Falling Stars (June 2019 New Release)