Dragons of Elsewhere: A Novella and Other Short Stories (Paperback) 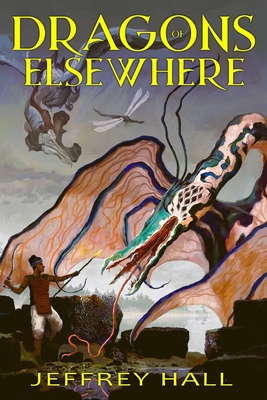 Dragons of Elsewhere: A Novella and Other Short Stories (Paperback)


Not On Our Shelves—Ships in 1-5 Days
(This book cannot be returned.)
A warrior without an enemy is only a monster waiting to be found.
Omyn LaGore, greatest dragon slayer in all of Farlon, has just defeated the last dragon. With no other beasts to fight, he lays down his blade to relish in the fruits of his victories. Gold. Manses. Women. A reputation that rivals a king's.
A lustrous future awaits him, but when an old rival makes Omyn a dangerous, but invaluable offer in return for his now comfortable life, he must choose between a peaceful, happy existence or a return to his violent, thrilling past.
Elsewhere
A young girl sneaks aboard a ship bound for a precious reserve of water on a sea of lava.
An old shaman struggles to find worth in an apocalyptic African plain ravaged by a horde of demonic lions.
Broken over the loss of his son, a local game warden embarks on a hunt to find a monster in a labyrinth of living stone.
A boy tries to discover the meaning of home on a hellish road where there is no stopping for fear of what will catch up to his family...
These stories and more await you inside of elsewhere.
Included in Dragons of Elsewhere are the following novellas: "Dragons of Elsewhere," "Tilonga," and "The Light in the Jungle." Also included are the following short stories: "The Truth in Fire," "Night's Country," "A is for Alphabet, Z is for Nothing," "Meeting Magic," "She Who Has Come Before," "Where the Magic Lives," "The Start of a Wish," "Trapped Prey," "Unhidden, Unbroken," "Wander," "Vermin," "Stranger Roads," and "Home.