Hazara Nation: The Native and Noble People of Afghanistan (Paperback) 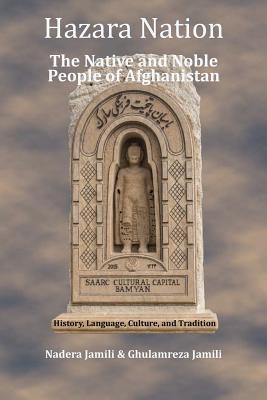 Hazara Nation: The Native and Noble People of Afghanistan (Paperback)


Not On Our Shelves—Ships in 1-5 Days
(This book cannot be returned.)
In Hazera Nation, Nadera Jamili and Ghulamreza Jamili's unique combination of research and personal experience clarify the importance of the Hazara Nation's history, language, and culture within the larger global framework. Their writing illuminates the little-known political, social, and cultural history of the Hazara Nation as an ancient social and political entity within the country's multicultural landscape. Scholars of the region, students, tourists, and any reader wishing to understand the situation in the region will find this book to be full of useful and pertinent information. Ghulamreza Jamili, a former United Nation (UN) official, served during a critical time, supporting the UN mission in Afghanistan. Mr. Jamili also worked as a United States Department of Defense (DOD) contractor, supporting the U.S. military and diplomatic efforts as an advisor against terrorism in Afghanistan from 2004 to 2014. His diverse work for both agencies gave him an abundance of experience, helping him develop an intimate understanding of the UN's and the United States' mission in Afghanistan. His experiences, as told in Hazara Nation, are alternately astonishing and sobering. Nadera Jamili has a bachelor's degree in English Literature from Balkh University in Mazari Sharif, Afghanistan. Mrs. Jamili's childhood and teenage life in Afghanistan were filled with harrowing experiences of war and internal conflict. Her eyewitness accounts of the civil wars between the Mujahedeen and local tribal groups, exacerbated by the presence of the Taliban, are skillfully interspersed in Hazara Nation with information about geography, history, and culture.