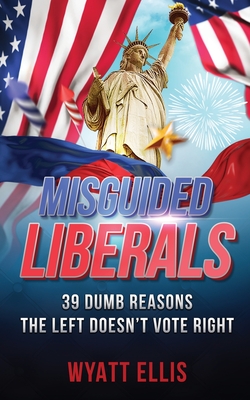 In America, liberals continue to vote for their favorite candidate so long as she has a capital D next to her name. But they need to stop and think -- why? This compendium of all the reasons liberals have for being liberal shows just how silly and pointless voting as a progressive really is. Despite having a thorough references section full of all the source information you never knew about, this book is really just one man's analysis of the political genesis of the countless liberals he's met in his life in the lefty-infused cocoon of Los Angeles, as a member of the Jewish community, as a former employee in the entertainment industry, and now as a longtime educator in the public school system. It's not meant to convince anyone to vote Republican, as they're often not much better. But everyone will come out ahead if liberals at least start to question long-held beliefs about the proper role of government in our lives, and their whole rationale for considering themselves liberals in the first place.