China Diaries & Other Tales From the Road (Paperback) 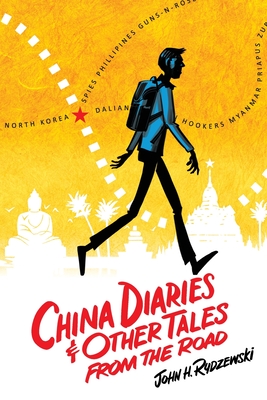 China Diaries & Other Tales From the Road (Paperback)

After forty-something countries on five continents, John Rydzewski thought he saw it all...that is, until he went to China. There, he found the Chinese Groundhog's Day, a coffee shop barista named "Shaky," girls named "Kinky," Asian scarecrows, Santa's honest-to-goodness workshop that supplies the world with all its Christmas gifts, Elvis on the Silk Road, and himself in a Chinese television series. In China Diaries & Other Tales from the Road, Rydzewski recounts his China days and his experiences traveling through the Philippines, Cambodia, Laos, Myanmar, Fiji, Ireland, Singapore, and Switzerland. He provides quirky, yet insightful, perspectives as he attempts to understand the people, places and cultures he encounters, only to find that his most difficult adjustment was returning home.