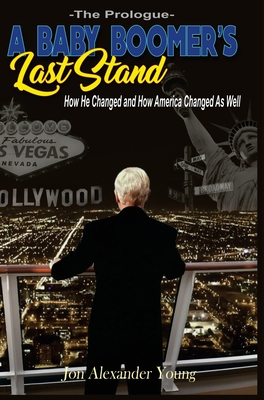 This special edition book "The Prologue" is the introduction to epic biography of A Baby Boomer's Last Stand: "A True Story of a Novel Life from Truman to Trump" about a unique and sometimes famous entrepreneur in a series of books included collectively in three separate volumes. Throughout the last half of the twentieth century, there were probably millions of people who either saw the subject of this biography onstage, written about in newspapers, interviewed on the radio or television, as well as probably thousands of others who may have met him personally and thought they knew him themselves.

During his celebrated career as a ground-breaking newspaper editor and publisher; one of the first disco and nightclub promoters in America; a national beauty pageant director; an award-winning songwriter and theatrical producer; a well-known gambler and poker player; to even a "sometimes" rock star, he crossed paths and partied with hundreds of world-famous entertainers and celebrities, politicians, sports and music legends, and even some notorious mobsters. But most who know him at various times during those periods never saw any connections between those different aspects of his life when they may have personally met him themselves.

It all depended on what name he was using at the time.

But this trilogy of books is more than a revealing and insightful biography, and shows the very personal journey through the eyes of this one particular baby boomer, and shows how the sexual and celebrity culture, the media, the music, and especially how America changed during the last half of the twentieth century and beyond. And, how it all eventually changed him as well.