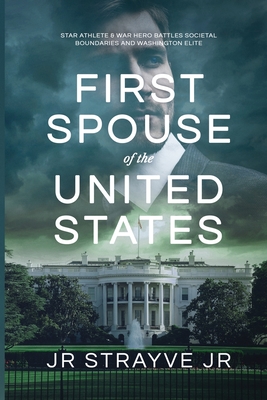 
Not On Our Shelves—Ships in 1-5 Days
(This book cannot be returned.)
In a story that parallels today's political and social unrest, there are no taboo subjects.Readers will follow the sexual and political evolution of a gay activist and his husband's quest for the White House. Washington shenanigans, rabid politicians, relentless media, social change, and the remedy for today's non-functioning legislature are fair game.In Chapter 1, Marine Corps fighter pilot Lt. Ricardo "Rocky" Chambers receives the Medal of Honor in the White House East Room. Rocky is the man most men would like to be and the epitome of what many women want.But things are not always as they appear.A searing scene between Rocky and the president, rife with sexual tension, shows readers immediately there is no looking away from this dynamic character.Flashback to Rocky's high school years, idyllic until a forbidden love and its tragic loss take his life down a painful road.Through sexual discoveries, sports and military success, corporate maneuvering, political intrigue and, ultimately, love, Rocky learns his heroism and prowess do not clear a path for happily-ever-after. Adversaries are lying in wait, ready to destroy what they covet and hate.Startling, surprising and dramatic scenes, blended with characters one really cares about, make this debut novel a must read.Who or what lies in wait, unleashing one deadly attack after another? The fatal blow?