The Cambridge History of China: Volume 2, the Six Dynasties, 220-589 (Hardcover) 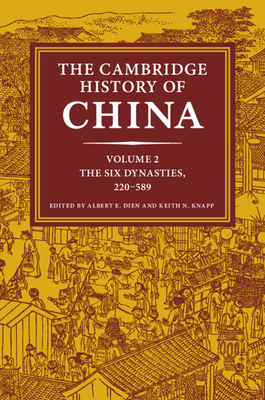 The Cambridge History of China: Volume 2, the Six Dynasties, 220-589 (Hardcover)


Not On Our Shelves—Ships in 1-5 Days
The Six Dynasties Period (220-589 CE) is one of the most complex in Chinese history. Written by leading scholars from across the globe, the essays in this volume cover nearly every aspect of the period, including politics, foreign relations, warfare, agriculture, gender, art, philosophy, material culture, local society, and music. While acknowledging the era's political chaos, these essays indicate that this was a transformative period when Chinese culture was significantly changed and enriched by foreign peoples and ideas. It was also a time when history and literature became recognized as independent subjects and religion was transformed by the domestication of Buddhism and the formation of organized Daoism. Many of the trends that shaped the rest of imperial China's history have their origins in this era, such as the commercial vibrancy of southern China, the separation of history and literature from classical studies, and the growing importance of women in politics and religion.