Divining Slavery and Freedom: The Story of Domingos Sodré, an African Priest in Nineteenth-Century Brazil (New Approaches to the Americas) (Paperback) 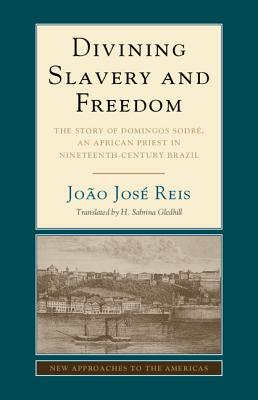 Divining Slavery and Freedom: The Story of Domingos Sodré, an African Priest in Nineteenth-Century Brazil (New Approaches to the Americas) (Paperback)


Not On Our Shelves—Ships in 1-5 Days
Since its original publication in Portuguese in 2008, this first English translation of Divining Slavery has been extensively revised and updated, complete with new primary sources and a new bibliography. It tells the story of Domingos Sodr , an African-born priest who was enslaved in Bahia, Brazil in the nineteenth century. After obtaining his freedom, Sodr became a slave owner himself, and in 1862 was arrested on suspicion for receiving stolen goods from slaves in exchange for supposed 'witchcraft.' Using this incident as a catalyst, the book discusses African religion and its place in a slave society, analyzing its double role as a refuge to blacks as well as a bridge between classes and ethnic groups (such as whites who attended African rituals and sought help from African diviners and medicine men). Ultimately, Divining Slavery explores the fluidity and relativity of conditions such as slavery and freedom, African and local religions, personal and collective experience and identities in the lives of Africans in the Brazilian diaspora.