How the East Was Won (LSE International Studies) (Paperback) 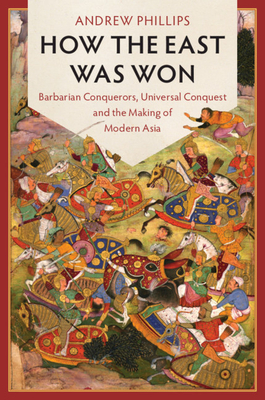 How the East Was Won (LSE International Studies) (Paperback)


Not On Our Shelves—Ships in 1-5 Days
How did upstart outsiders forge vast new empires in early modern Asia, laying the foundations for today's modern mega-states of India and China? In How the East Was Won, Andrew Phillips reveals the crucial parallels uniting the Mughal Empire, the Qing Dynasty and the British Raj. Vastly outnumbered and stigmatised as parvenus, the Mughals and Manchus pioneered similar strategies of cultural statecraft, first to build the multicultural coalitions necessary for conquest, and then to bind the indigenous collaborators needed to subsequently uphold imperial rule. The English East India Company later adapted the same 'define and conquer' and 'define and rule' strategies to carve out the West's biggest colonial empire in Asia. Refuting existing accounts of the 'rise of the West', this book foregrounds the profoundly imitative rather than innovative character of Western colonialism to advance a new explanation of how universal empires arise and endure.