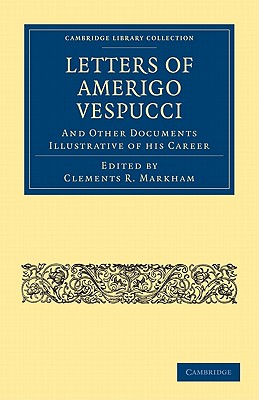 
Not On Our Shelves—Ships in 1-5 Days
(This book cannot be returned.)
The publications of the Hakluyt Society (founded in 1846) made available edited (and sometimes translated) early accounts of exploration. The first series, which ran from 1847 to 1899, consists of 100 books containing published or previously unpublished works by authors from Christopher Columbus to Sir Francis Drake, and covering voyages to the New World, to China and Japan, to Russia and to Africa and India. Amerigo Vespucci (1454-1512) was an Italian explorer who became a controversial figure. He made several voyages to South America between 1499 and 1502, and wrote accounts of these voyages to his patron. However the publication of two letters with outrageous claims attributed to him in 1502 and 1504 brought accusations that Vespucci was attempting to undermine Christopher Columbus' fame. These letters, together with other contemporary documents, are published in this volume to allow an independent judgement to be made on these claims.