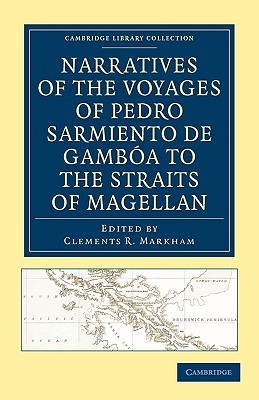 
Not On Our Shelves—Ships in 1-5 Days
(This book cannot be returned.)
The publications of the Hakluyt Society (founded in 1846) made available edited (and sometimes translated) early accounts of exploration. The first series, which ran from 1847 to 1899, consists of 100 books containing published or previously unpublished works by authors from Christopher Columbus to Sir Francis Drake, and covering voyages to the New World, to China and Japan, to Russia and to Africa and India. This 1895 volume contains the first English translation of the then recently discovered reports of Pedro Sarmiento de Gamb a, a sixteenth-century Spanish explorer, astronomer, historian and scientist. As commander of the Pacific naval station, he explored the west coast of South America, and founded Spanish settlements (which subsequently failed due to famine) along the Magellan Straits, which he was also the first to survey.