The River of Golden Sand: The Narrative of a Journey Through China and Eastern Tibet to Burmah (Paperback) 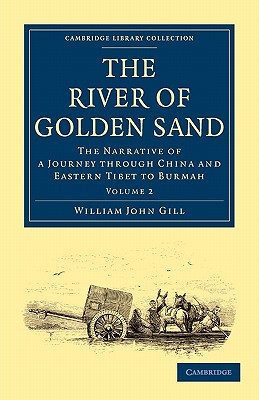 The River of Golden Sand: The Narrative of a Journey Through China and Eastern Tibet to Burmah (Paperback)


Not On Our Shelves—Ships in 1-5 Days
(This book cannot be returned.)
William Gill (1843 1883) was an explorer and commissioned officer in the Royal Engineers. After inheriting a fortune from a distant relative in 1871, Gill decided to remain in the Army and use his inheritance to finance explorations of remote countries, satisfying his love of travel and gathering intelligence for the British government. He was awarded a gold medal by the Royal Geographical Society in 1879 for his scientific observations on his expeditions. This two volume work, first published in 1880, is Gill's account of his expedition from Chengdu, China through Sichuan, along the eastern edge of Tibet via Litang, to Bhamo in Burma, a region little explored by westerners before him. Gill describes in vivid detail the cultures, societies and settlements of the region, and their political and economic systems. Volume 2 recounts his travels across the plateau to the upper reaches of the Irrawaddy, partly retracing Marco Polo's route.