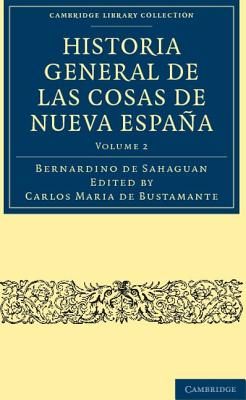 
Not On Our Shelves—Ships in 1-5 Days
(This book cannot be returned.)
Friar Bernardino Sahagun was in 1529 one of the first Catholic missionaries to the Aztecs. During his sojourn in Mexico he came to speak Nahuatl (the native language) fluently and to understand the Aztec culture, customs, religion and infrastructure intimately. He compiled the largest and most richly detailed record of the Aztecs and their history before the civilisation was wiped out by the Spanish conquest, and Sahagun is sometimes considered 'the father of ethnology', as his study was the first to derive from the subjects' own point of view, through using native informants in his research. The work, written in 1540, was originally an illustrated manuscript of twelve books in a combination of Nahuatl and Spanish; this version, in Spanish only, was first published in 1829. Volume 2 examines the government and monarchy, the gold and precious stone industry, sacrificial divination, and Aztec theology and moral philosophy.